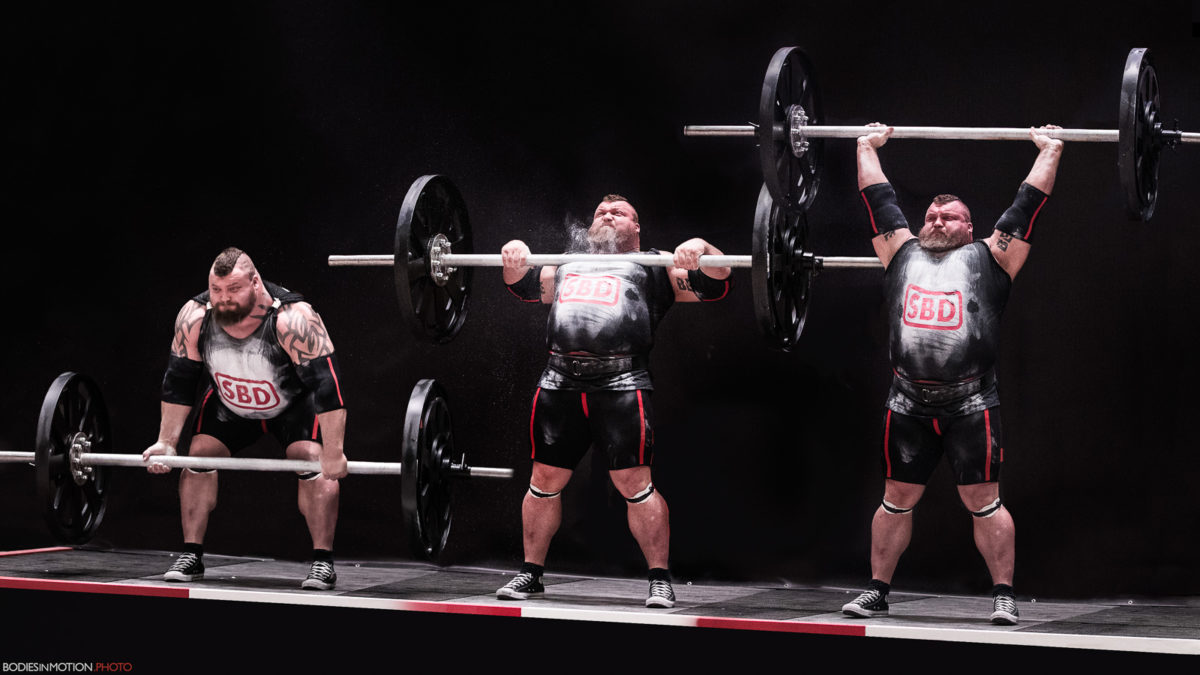 I recently got invited to photograph the Europe’s Strongest Man competition, the European qualifier for the World’s Strongest Man final in Botswana this summer. A handful of the strongest men in the world were in attendance including Hafþór “Thor” Björnsson (who famously plays the Mountain in Game of Thrones) and Eddie “the Beast” Hall, the world record holder in the deadlift after he became the first man to ever deadlift 500kg (if you haven’t seen his word record breaking lift you need to, it will open your eyes to the level of intensity these guys bring to their sport – full on insanity!)

Though there were twelve competitors in the competition, the night predictably turned into a battle between Thor and the Beast. Eddie the Beast was as powerful as ever, setting a new world’s record in the axle press, a brutal, bastardised version of the Olympic clean and jerk. You can see a sequence from the record breaking press above. Thor and the Beast traded leads but in the end the much taller Thor won the final event, the Atlas Stones, and with it the title of Europe’s Strongest Man.

There are plans to get at least one of these monsters into the studio after the World Championship and photography them properly for Bodies in Motion.