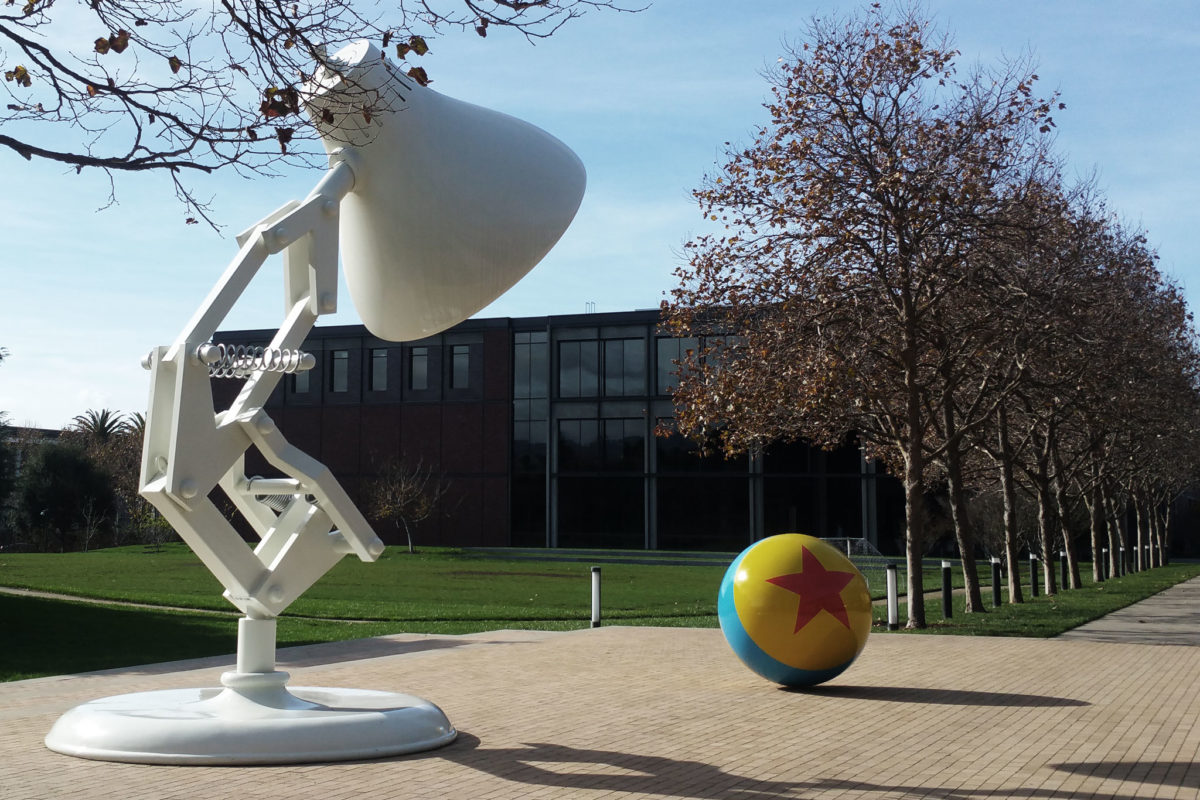 I am recently back to London from a Bodies in Motion lecture tour of the West Coast where I visited a number of amazing studios in both San Francisco and LA.  My first stop in San Francisco was none other than Pixar (if you need an introduction to their work, I really don’t know what to say – it’s likely you’ve been living under a rock or with an isolated Amazonian tribe for the last 25 years).

I’ve been to Pixar before (I did a bit of work for them many years ago), but since then they’ve released ten films (!), been bought by Disney, and new buildings have popped up on their Emeryville campus.  It was great to visit again though, and I felt honored that there was standing room only for my ‘Anatomy of Bodies in Motion’ lecture.

The lecture was about, well, anatomy, and uuuhh, Bodies in Motion.  But more specifically (and without joking) I was showing the BiM site and relating the insights I’ve had into anatomy from studying the figure in motion – things like the contrasting action/inaction of opposing muscle groups (“squash and stretch” in animation parlance), the variation of forms under tension, the articulation of complex joints like the shoulders/scapulae, and just a general appreciation for what an amazingly functional machine the human body is.

We also did LOTS of drawing from the site.  There was a great mix of disciplines in the audience – sculptors, story, modellers, riggers, and animators (of course) – and they were all happy to crack into a series of timed gesture drawings.  We worked through a few Motions from the Asian Dance and Male Ballet motion sets.  Both are rich in gesture, motion, and have ridiculous anatomy on display (well worth checking out for some of your own drawing).  In the end the lecture was a great success.  I don’t have any drawings to share here, but there are a few Pixar artists who have contributed to the Beta testing of the site and you can find their work in the Artwork section of the site.  I will leave it up to you to discover who they are, but their work is, as you would expect, amazingly full of life and motion.